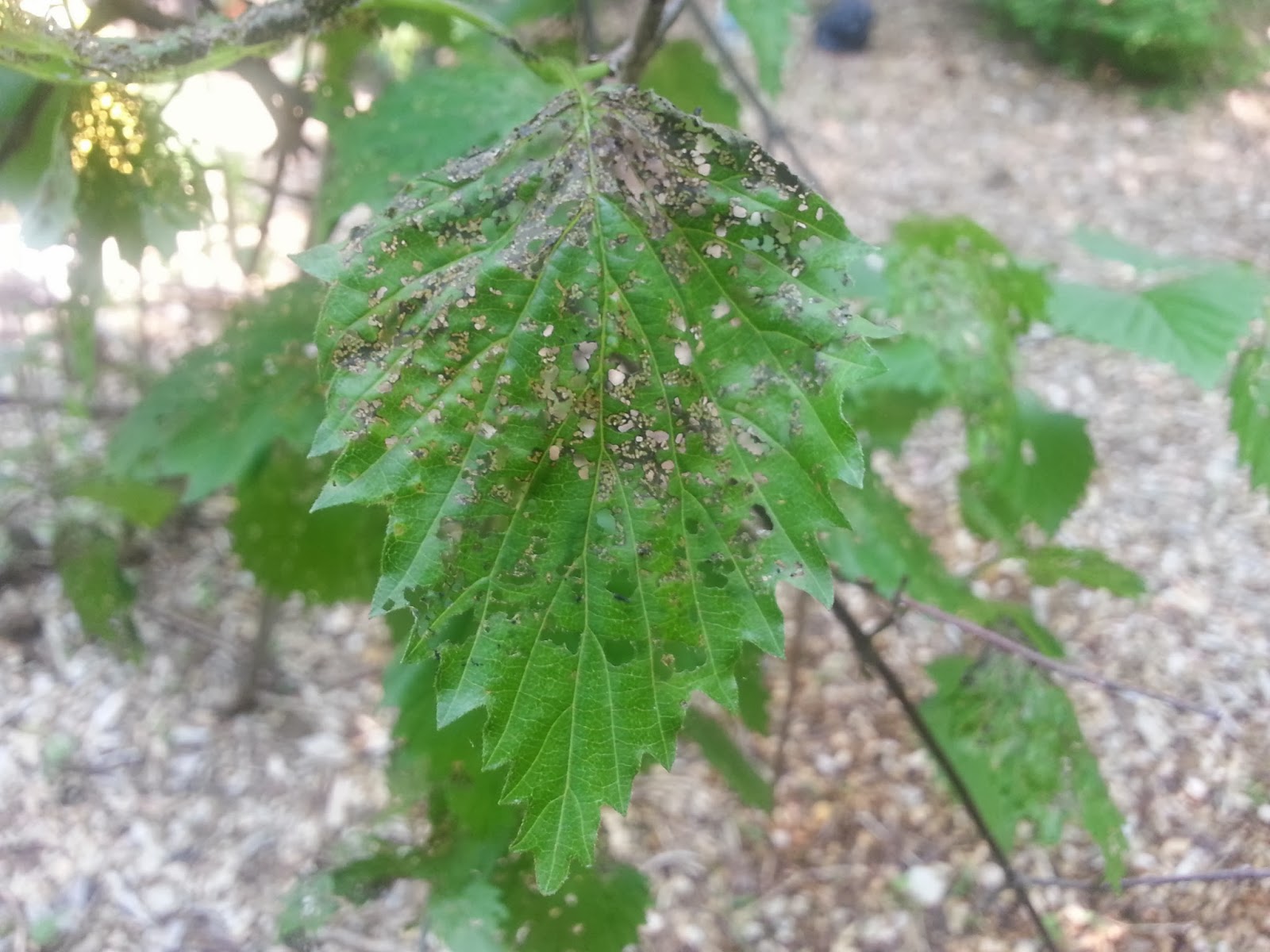 If you find your viburnum’s leaves looking a bit odd this spring you may have problems with Viburnum Leaf Beetle, Pyrrahalta viburni.  This beetle was first discovered in North America in 1947 around Ontario’s Niagara region. It has since spread east and south to the Maritime Provinces and the North Eastern United States.


This beetle larvae is most commonly found on native and imported viburnums including,


Scouting for raised egg masses on the upper twigs in early spring can give you a jumpstart on controlling this pest.


The damage can be extensive, consisting mainly of leaf skeletonization by larvae and shot hole feeding by adults. Egg deposition on twigs by females may result in twig die back.


Significant defoliation may occur if the population is high and conditions are favorable. Repeated defoliation may result in plant mortality, and will certainly reduce utility in the landscape.


Viburnum Leaf Beetle produces one generation per year overwintering as eggs deposited on twigs by the females the previous year. Females can lay up to 500 eggs in a season before frost kills the adults.


Lavae emerge in May and feed gregariously on new foliage, skeletonizing leaves down to only the mid ribs. Larvae fall to the ground and pupate and emerge in July to feed on new foliage and create irregular holes in leaves. Adults are active, mating and feeding until the end of the season.


Removing egg masses by pruning is an effective cultural control, ladybugs will also feed on larvae and reduce numbers.