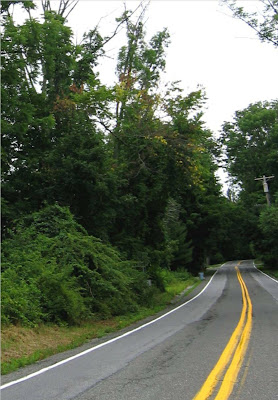 Its time to get out in your neighborhood and look for threats to our oldest and most stately residents!

While neighborhood watches are nothing new, the threat you’re looking for is Dutch elm disease. Dutch elm disease arrived in North America in the late 1940's from Europe where it had devastated European elms. It is a fungal vascular disease that infects elm trees water conducting systems and the tree literally dies fighting to prevent the spread of the disease within.

The disease is spread from tree to tree in two ways: as fungal spores on the bodies of elm bark beetles and secondly by tree-to-tree connections called root grafts. The disease typically appears in late June and early July as wilting leaves in the upper crown of native American elms. The leaves turn brown and remain hanging on the tree. The disease progresses downward through the trees water conducting vessels. Eventually it spreads to the roots where it may be spread to adjacent trees through grafts. A young vigorous tree may die quickly within 2 to 3 months. Older trees may last for a season or two but will eventually succumb to the disease. Once the tree has the disease there is little that can be done to save it. Injecting systemic fungicides can stop the spread of the disease if you start the injections when only 10% to 15% of the crown is affected. Unfortunately by the time the disease is discovered it has progressed beyond this stage.

Well the tree is dying it is extremely attractive to female bark beetles who lay their eggs in brood galleries under the bark. When these beetles emerge they will carry spores on their bodies that will spread Dutch elm disease to healthy elms. Healthy elms with pruning wounds are attractive to beetles laying eggs. To reduce this risk the Province of Manitoba has an elm pruning ban in place from April 31st to July 31st every year. Spraying elms with a registered insecticide at the base of the trunk in the fall can reduce the number of over wintering elm bark beetles and slow the spread of the disease.
Watch your elms this time of year for dead or browning leaves. If you see some thing suspicious and are in a town that is part of the Provincial Dutch Elm Disease program contact your town office. The Provincial Dutch Elm disease survey Crew can be contacted at 1-204-726-6444. Contact an I.S.A. Certified Arborist for the complete story on Dutch elm disease and recommended measures to prolong the life of your graceful elms.
Professor Tree Tree Care Canada at 17:45 No comments: