How Trees React to Pruning 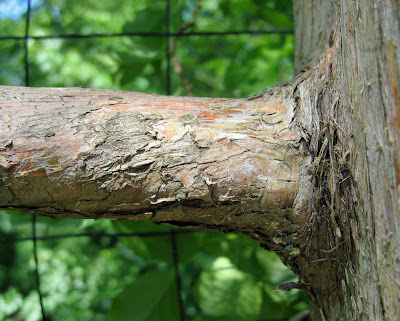 Trees are alive. This may come as a shock that I would have to make this statement but I think that many people forget this simple fact. Trees are made of living tissue, the wood we use to make our houses and furniture is quite simply, dead. You can carve wood, you can shape it and construct it into many useful things. 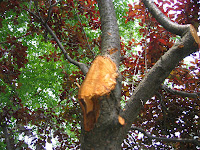 Trees on the other hand can be shaped, pruned but in some cases people carve them up like holiday hams.

The tree, being alive, reacts to these injuries in many different ways. Trees do not repair damaged tissue, they wall it off and grow around it. Like the unlucky crew members of a sinking ship caught behind the watertight doors, all the living tissues beyond the trees protective barrier are left to die. If the barrier is breached by disease or further injury the tree expends its dwindling energy to erect a new barrier. If the injury is severe the tree might not be able to recover and may just die.

Trees respond to pruning in a variety of ways. The first thing that happens is the tree has to wall off the injury location. It does this by... you guessed it erecting an impenetrable barrier to exclude the damaged tissue from the living undamaged tree. The tissues around the injury are stimulated to grow over the wound and replace missing branches with more living branches.

Pruning branches that died off for any number of reasons will generally not produce sprouts or water shoots. If while removing the dead branch you cut into the callus layer that has formed where the dead branch is still attached to the tree you will re injure the tree and likely initiate the development of new sprouts. On some trees simply nicking the bark will initiate a sprout to form. Savvy apple growers have used this to reshape crowns and initiate locations to graft onto.

Trees have evolved these responses over time as a way of making sure that when the tree is injured it will be able to form new branches and continue capturing sunlight, turning energy into sugar and ultimately new tree tissue.

So what can you do to prevent trees from developing waterspouts or suckers after pruning?

Avoid pruning to much from the crown. Twenty years ago 30% was the maximum amount you were recommended to prune your tree with out gravely injuring it. Today this has been reduced to twenty to twenty five percent. This amount is probably excessive. Prune the absolute minimum amount to archive your goals. Yes you must have a clearly defined goal before you start pruning.

If the goal is to frame a view, remove the minimum number of branches necessary to do this.

Too often homeowners will ask for additional pruning to be performed to get extra value. The logic is as follows, “ This pruning is costing me a bundle, I want a pound of flesh!”. Ultimately the tree responds by sending out growth in exactly the spot you didn't want it to. Thin the waterspouts out on the trunk rather than removing them completely. The remaining sprouts will suppress other sprouts from initiating. Use sprouts that are growing in the right direction to fill in thin or damaged areas of the crown.

When you are pruning to remove dead wood use caution to not cut into the callus layer that has formed around tree branches. Time your pruning to limit the amount of new sprout growth.

Most trees will sprout profusely if they are pruned late in the winter or early in the spring. The injury of pruning at this time mimics winter injury and is certain to result in lush bushy sprouts popping up through out the crown and where branches were removed. For more information on modern methods of pruning contact your certified arborist. 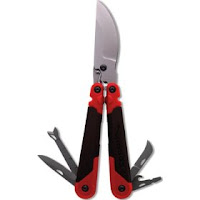