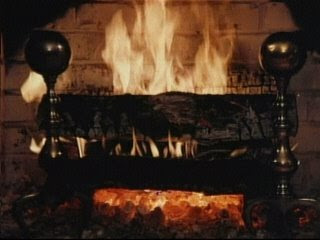 This time of year abounds with tradition and folklore. Trees and tradition are always of interest to certified tree people!

The yule log is a tradition that traces its roots back to northern Europe including England and the Scandinavian countries. This time of year is also the approach of winter solstice, the shortest day of the year. With the shortest day comes the longest night. In Pre Christian times the Yule log was lit to celebrate the end of the long dark nights as days would be getting longer.

Pope Julius the 1st realigned the Christian calendar in the fourth century AD, to celebrate Christmas around the winter solstice. The tradition of the Yule log was adopted and continues in many countries to this day.

The basic tradition is as follows:

The family gatherers a log from their property, traditionally Oak or Ash. You could be given a yule log but never purchased. It is brought into the fireplace and decorated with evergreen boughs, cider, ale or other aromatic oils. The log was then set ablaze and allowed to burn throughout the night. Some traditions will have it burn for twelve days. The burning of the Yule log always indicated the start of the Christmas festivities. English tradition has it burning from Christmas Day through to Epiphany on the Sixth of January. Other traditions include a prohibition of labor during the burning of the yule log.

An unburnt piece of the log was kept until next year and used to start the following year's yule log to maintain continuity.

While the log was burning family and friends would gather round to sing carols and reflect on the year past. As in the Scottish New Year's Song “Auld Lang Syne”, personal faults, mistakes and poor choices of the year were thought to be consumed by the Yule log flames to be forgotten and forgiven.

Variations on the Yule log theme abound, tenant farmers would gather bundles of ash sticks tied together with ash binding or ribbons by unmarried maids. Once lit, the first bindings to break would indicate the first girl to be married the following spring.

In American Appalachian country the tradition of “ Back Stick” called for a very large log to be soaked in a stream to ensure a long burn time. This ensured that the party and celebration was long lived as the revelry was permitted to continue until the fire went out.

Urbanization has led to the adaptation of this tradition. I still have a candle holder that my nephew gave me that is a modern variation on the Yule log. Made from an oak limb, 12 inches in length 4 inches in diameter, split in half, this table top log adds rustic beauty to your celebration. Three holes are drilled in the round side of the log to place candles. The log is decorated with Holly leaves and evergreen boughs. The candles have various symbolism's and are lit on Christmas Eve. French traditions create an edible Yule log of wrapped sponge cake that allows celebration when you can't start a fire!

Cherish and enjoy your own holiday traditions and have happy safe New Year!