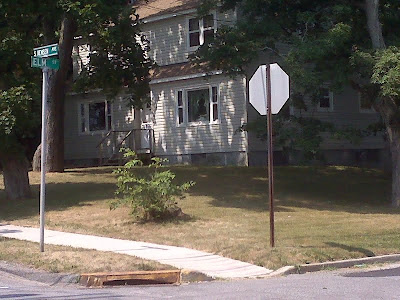 Dutch Elm Disease, a typically fatal vascular fungal disease of North American elms, has been around a long time. It was first described in the 1920's in Northern Europe but soon made its way to North America and was wide spread in Eastern North America by the 1950's. Shade tree committees and tree surgeons alike mobilized or try prevent or slow the spread of the disease. Depending on climate and success in controlling elm bark beetles, a vector for spreading the disease, there were some successes. There were however tremendous losses in areas where the type and behavior of elm bark beetle was not conducive to control or where people were slow to organize to control the spread of the disease. While elm bark beetles are the primary vector for spreading the fungal disease they need habitat that is suitable for them to survive and thrive. Native elm bark beetles have a life cycle that is limited to one generation per year and they overwinter by burrowing into the bark at the base of elm trees. This leaves them susceptible to control methods that target them while they are overwintering. European elm bark beetles have a different life cycle that does not allow them to be controlled using these methods. However European elm bar beetles, do not survive extremely cold winters and this has prevented them from migrating much further north than the State of Minnesota. Winnipeg, Manitoba along with other Western Canadian cities now have the largest intact urban elm forests in the world. The survival of these forests would not have been possible without cost or the ongoing efforts of generations of concerned professionals and citizens alike. These costs are minor compared to the value of the resources protected.
But what lessons have been learned from this on going battle? Beyond the species and disease specific lessons, the need to actively care for and manage urban trees and the greater urban forest has been the most important lesson learned. Many of the current generation of I.S.A. Certified Arborists had there first experience in arboriculture in the battle to fight Dutch Elm Disease.
The second great lesson learned is the necessity for diversity in our urban plantings. In some areas at the height of uncontrolled Dutch Elm Disease epidemics, towns and villages lost in excess of 50 percent of their forest canopy. The planting of single species urban forests should have stopped but this was not always the case. In many areas towns and villages are now losing their replacement canopies of ash to emerald ash borer.
The third lesson that should have been learned is that trees add tremendous value to our urban environment. Not only the intangible “feel goods” but real dollars and cents benefits. Increased property values, effects on heating and cooling, storm water retention are just a few of the benefits that we can actually calculate.
I.S.A.Certified Arborists are knowledgeable in tree preservation, selection and planting. Take the time to consult with your Certified Arborist before you undertake tree planting and your landscape will maintain it's diversity and value for years to come.
Professor Tree Tree Care Canada at 17:01